La Citta’ Ideale is garnering some great reviews based on the screenings in Venice, the following “Venezia a…” events and its general release on the 11th of April.
Most can be found on the film’s Facebook page, and I am happy and grateful that some critics noticed the score (it doesn’t happen very often) and said some very kind things about it.
Lee Marshall’s excellent review for Internazionale magazine (in Italian) can be found here,  Variety‘s Boyd Van Hoeij said that  the film’s “assembly is pro, with the atmospheric, percussion-heavy score, including good use of the vibraphone, another plus”, Cineclandestino‘s review sees the music as being “so pertinent that it doesn’t just carry out  a mere sonic accompaniment role”.

Cinefilos‘ review says that the film is “garnished with Andrea Rocca’s incisive score”, whilst Alessia Paris’ piece for Cinemabendato describes  the score as being “an additional narrative theme, an additional layer of meaning and questioning, which challenges whilst adding to the visual level of the film”.

La Citta’ Ideale can also be followed on Twitter @cittaidealefilm. 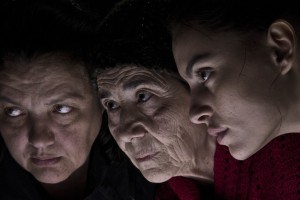