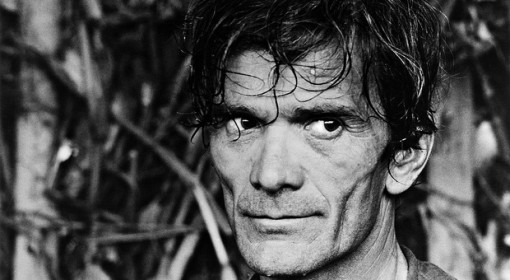 I’m currently working on the score for Luigi Lo Cascio’s Il Sole e Gli Sguardi (The Sun and the Gazes), based on Pierpaolo Pasolini’s poetry. It’s a collaboration between the CSS Teatro stabile di Innovazione in Udine and the Teatro Metastasio in Prato.
It will be shown in Udine in November and December 2015 and in Prato in May 2016.
I’m collaborating with some fantastic musicians, we’re all very excited and determined to keep it that way. More soon!

I first came across Lewitt microphones a couple of years ago when a friend who wanted to buy a U87 was demoing an LCT 640 and needed a second set of ears to help him judge it.
We were both impressed (I posted about it on GS at the time), the 640 held its own in every way against a legendary microphone, at a fraction of the price. My friend decided to buy it.
Lewitt Audio are a relatively new brand with a well pedigreed design team based in Vienna, and their own manufacturing plant in China.
Recently they sent me some mics to put through their paces on the score for Luigi Lo Cascio’s piece on Pasolini I’m currently working on –  they are great microphones, the LCT 550 has quickly become my to go tool for stereo instrumental recordings.

The true star of the pack, however,  is the 940.
The LCT 940 comes in a big and heavy case containing the microphone, power supply unit, an eight meter 11 pins XLR cable and a sturdy, metal, cleverly designed shock mount, which is shaped as a semi circle so the microphone can be easily positioned almost flush to the source should you wish.
There is also a printed manual, which should be read as there are a couple of hidden features behind the filter and attenuation buttons (which have three different options for each) that you might never find out about otherwise.
These are a key lock, clipping history and automatic attenuation functions – I have not used them so far – but it’s good to know they’re there.

I should also add that, as a composer for the media, and not an audio engineer these are some personal observations rather than a technical review.

I only knew this microphone from Hugh Robjohns’ Sound on Sound article. Hugh, a hugely experienced engineer and audio devotee praised the sound of the mic, but, as a purist, had his qualms about some of the styling decisions that the Lewitt design team took on their flagship mic.

Lewitt have, I think quite bravely, resisted the temptation to give their microphones a “vintage” appearance. There is a craze for everything vintage at the moment, and by giving their microphone an industrial, contemporary look there may be  – just my impression – an implied statement that their products have a very specific design philosophy, ie not to make yet more copies of seminal designs from the past but to design microphones that use cutting edge technology to perform as highly as possible.

The most notable feature on the front of the rather imposing microphone is a perspex window displaying the 12AX7 valve (which can not be replaced by the user). The valve is back lit, probably by a series of LEDs so that the front of the mic glows strikingly when powered. This was something that Hugh took umbrage towards in his review, seeing it as a purely cosmetic and unnecessary feature.
IMHO, there is little to argue about the looks of  the mic –  it’s rather beautiful – and, more importantly, all the voice over artists and instrumentalists presented with it since it has been in my studiolette were immediately charmed by it’s eye-catching, commanding look.
All wanted to know about the microphone and were drawn to it. That’s a great way to break the ice at the beginning of a session, so maybe the  glowing valve does have a practical purpose after all.

Of course what really matters is the sound, and this is where things get quite special.
The right rotary control on the power supply unit is marked “Directivity” and selects nine different polar patterns: Figure of 8, Super Cardioid, Cardioid, Wide Cardioid and Omni, plus four intermediate positions.
I was impressed at the clear cut difference that each position makes, which is not always the case with continuously variable patterns mics. The Omni position is particularly solid – multi pattern condensers achieve omnidirectIonality by two electrically connected diaphragms, which does not always give an effective omni response – in this case it does, and works extremely well.

But the interesting part starts with the left continuously variable encoder marked “Amplification”: this allows you to go from a clean FET sound to a full on valve sound with endless variations in between.

For the cynics out there, this technology is very far from being a gimmick: it works superbly well and effectively turns the 940 into two (or three) high-end microphones wrapped into one.

On the fully FET setting it has the signature Lewitt voicing I have found in the LCT 550s and in my brief experience with the 640 – with some of it’s own personality, of course.
In fact, as I understand, the one inch capsule is the same as the one found in the 640, even though there will obviously be differences in voicing due to the much larger size of the 940’s basket and body.

The LCT 940 in FET mode manages to be both extremely detailed and airy but flattering to the source, and, above all, sounds very musical.
Possibly one of the reasons is because the detail it picks up is not due to an overly hyped presence bump, which normally means having to deal with issues of harshness and sibilance.
There is not a hint of any of those scourges of the mic world in the LCT 940 – the pristine detail is there without any collateral effects, which is quite a design feat.
Transients are rendered beautifully but never sound hard.

If I had to draw a comparison I would say that it’s somehow similar  to some Brauner microphones, but with a less forensic and more musical character.

The self noise is not on the almost inexistent level of the LCT 550 but still very good at 8dB-A in FET and only four dBs more in valve mode (both measured in cardioid).

As you turn the amplification control towards the valve position the sound starts to become rounder and the transients more “bouncy”. Very importantly, it retains the beautiful detail of the FET position but with a warmer and more and forgiving character that rounds out transients without ever becoming muddy or woolly and suits different singing voices quite beautifully.
Lewitt have resisted making the valve voicing exaggeratedly “tubey” – the sound is always velvety smooth and never grunges up, as it can be the case with some cheaper valve microphones.
It is, though, very sensitive to dynamics, so louder sources tend to get a more thorough tube treatment, which is as it should be.

A quick shoot out with my current valve mic, a well established mid-priced model, yielded a merciless victory for the Lewitt: the other mic sounded sibilant, two dimensional and less refined in comparison, and it’s polar patterns where much less accurate.

I also used the 940 for some trumpet overdubs, played both with and without the mute. The results were, and I am compelled to use a hyperbole, celestial. With a touch of the brilliant UAD AKG BX20 spring reverb plugin we had a 60’s style recording, smooth as honey but still very tridimensional and full of nuances.
The trumpet player asked me if he could come back to do overdubs for a couple of his tracks – enough said.

On a guitar cab the FET mode smoothly picked up a jazz semiacoustic without getting in the way of the guitar’s tone, and the valve mode rounded out perfectly an overly edgy Telecaster sound.

The price tag of the LCT 940 at the time when it was reviewed by Sound on Sound was steep (£1600) but in line with it’s status of a flagship high end microphone, also considering the facilities and versatility on offer.
It can be found for rather less if you shop around. I would never advocate to spend that much money on a microphone you haven’t heard, but if you are in the market for a high-end mic for vocals and solo instruments or you want to add a supremely good sounding and hugely versatile tool to a studio’s arsenal you owe yourself to try the LCT 940 – it might be all the vocal microphones you’ll ever need.